Story By: TIM BALTZ – HOGANSBURG, NY – The 2018 season is fast approaching at the Mohawk International Raceway and the Sportsman division is going to have a lot on the line this year.

The traditional 3 race Mohawk only Sportsman Series has been a long running tradition with stars like Dylan Evoy, Shane Pecore, Louie Jackson Jr. and Ryan Stabler taking the championships. This year however will see a whole new look.

Unique Ecigs, who specializes in electronic cigarettes and life changing vapor systems, has come on board as the title sponsor after a yearlong role with the 358 Modified Series. The series which has had all races contested at Mohawk since 2011 will now expand to a 5 race series and include 2 races at the Airborne Park Speedway in Plattsburgh New York. All 5 races will be 50 laps in distance, drivers will draw for heat race starting spots, no time trials will take place and top 12 in the qualifying heats at each race will go to a redraw. The winner of each event will pocket $1000 for their efforts and the series will work on a traditional 60 point structure. Michael Frennier, General Manager of Unique Ecigs says “It makes perfect sense to get a series going like this.”  “We wanted to do something for the Sportsman division this year. It’s the largest division and this series will showcase the best drivers in the area.” Airborne will host the series opener on May 26th along with race number three on August 11th. Mohawk will host race number 2 on July 11th along with the final 2 events on August 31st and September 14th as part of the Mohawk Nationals weekend. The total prize fund for this series is $6000 with the champion taking home the lion’s share of $2000, top 8 in series points will be honored at the 2018 Mohawk International Raceway awards banquet.

Series sponsor Unique Ecigs has been heavily involved in motorsports in our area and since 2010 has focused on the newest research and information in the development of their 100% USA made e-Liquids, and high standards for quality control across all the products , every day. Unique Ecigs has 10 locations across New York State and has recently opened an 11th location in the state of Georgia. Mohawk International Raceway and Unique Ecigs are looking forward to this brand new series which will provide excitement from the opening green flag in May, to the final checkered flag in September. 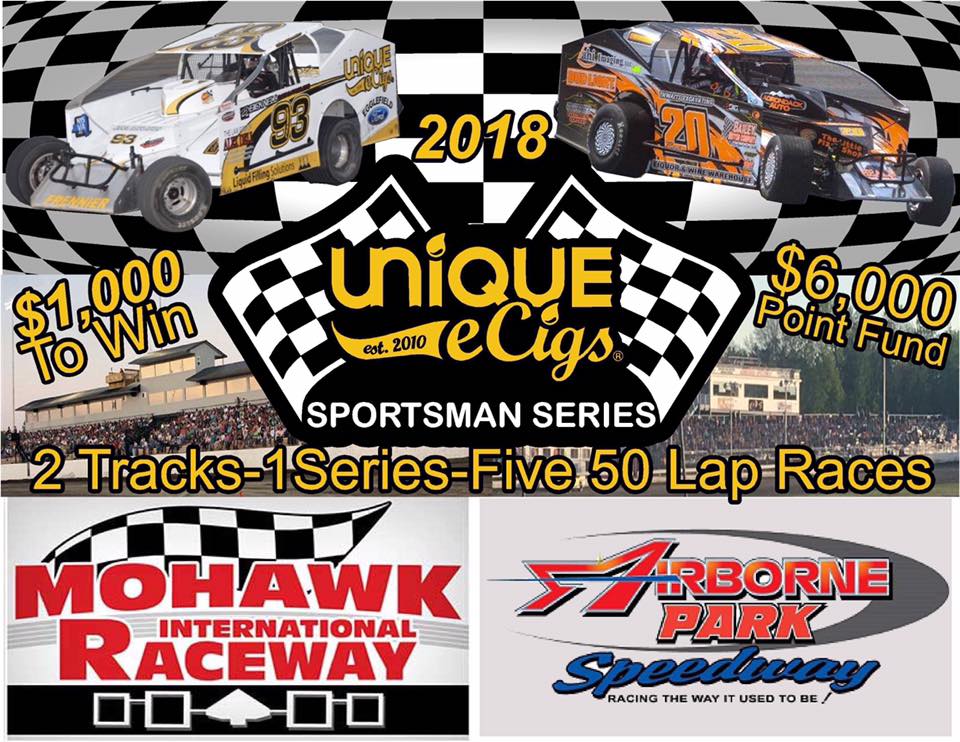 Mohawk Nationals Are On!

What’s Next At MIR?